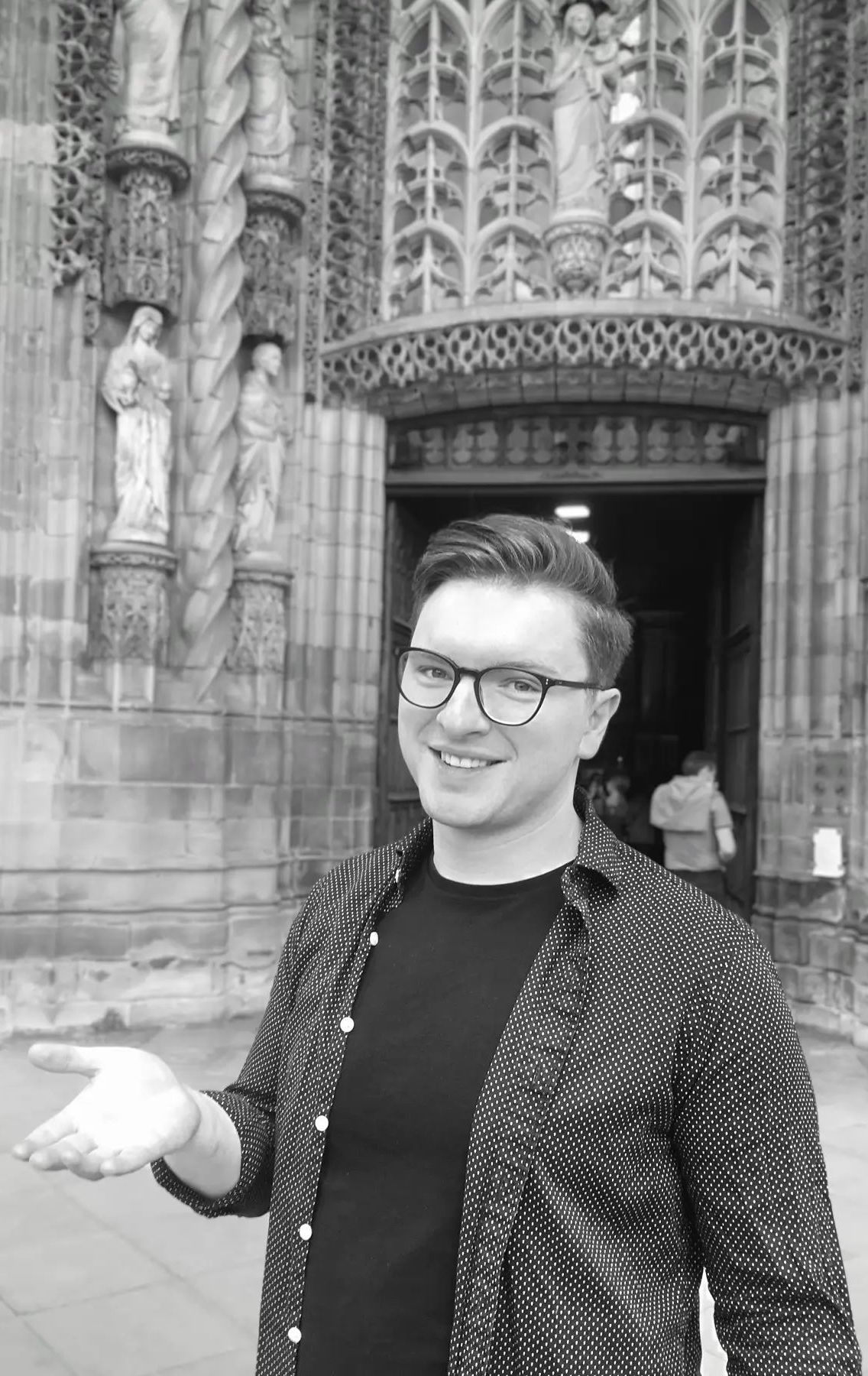 Thomas Nicholson (b. 1995) is a Berlin-based Canadian composer working with extended just intonation. His creative practice centres around a deep exploration of untempered frequency relationships, taking cues from studies in acoustics, theories of perception, and sociology.

During his adolescence, Nicholson studied composition and traditional Western music theory privately with Dr. Martín Kutnowski at St. Thomas University in his hometown of Fredericton, Canada. From 2013–17, he studied composition with Christopher Butterfield at the University of Victoria (BMus). In 2017, he relocated to Berlin, Germany to study at the Universität der Künste (MMus, 2017–21) with Marc Sabat, whom he assisted teaching in intonation theory seminars.

Nicholson and Sabat have collaborated on several academic and artistic research projects as well as publications. These have revolved around a mutual interest for examining various possible approaches to Harmonic Space that may be interesting in music composition. In 2020, they published a revision and extension of Sabat and Wolfgang von Schweinitz’s original Helmholtz-Ellis JI Pitch Notation, which has already become a standard throughout Europe for notating music in just intonation.

Since 2019, Nicholson has been a member of the Berlin-based Harmonic Space Orchestra. This collective of 15 musicians meets regularly to research and explore their shared interest in finding new ways to sound precisely tuned intervals, mainly produced by acoustic instruments, in an inclusive and pluralistic creative environment. He is also a member of Plainsound Music Edition, a curated interdisciplinary virtual edition featuring open source, non-commercial sharing of experimental, perception-driven artistic work and research. There is a primary, but not exclusive focus on musical practices centred around extended just intonation.

For his compositions, Nicholson often finds inspiration from a broad spectrum of fields, ranging from mathematics and physics to graphic design, music history, psychoacoustics, philosophy, and interdisciplinary artistic collaborations. Fascinated by the inherently microtonal nature of extended just intonation, his compositions since 2014 have engaged with the often-mysterious perceptual interactions between threads of counterpoint and the psychoacoustic phenomenon of harmonic fusion. He is repeatedly drawn to structures that lead to nearly enharmonic bridges between tones. These miniscule, yet remarkably expressive tonal connections seem just beyond the reach of perception until contextualised in composition by special harmonic conditions. Given this concentrated exploration, he especially enjoys composing for smaller settings consisting of two to four musicians. Beyond composing, Nicholson is devoted to researching as well as developing tools and methods for navigating the practical challenges of realising microtonal music in various forms, with a focus on acoustic instruments.